A staple to our Mid-Missouri community, True/False Film Fest attracts between 10,000 and 15,000 individuals to Columbia each year. This four-day event will ring in its 16th year of existence from Feb. 28 to March 3, 2019, highlighting the work of filmmakers, artists and musicians from around the world, transforming the town into a filmgoer’s… 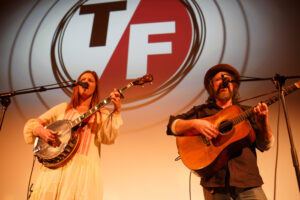 A staple to our Mid-Missouri community, True/False Film Fest attracts between 10,000 and 15,000 individuals to Columbia each year. This four-day event will ring in its 16th year of existence from Feb. 28 to March 3, 2019, highlighting the work of filmmakers, artists and musicians from around the world, transforming the town into a filmgoer’s paradise.

February will mark Weisenfelder’s third year with T/F as a Sustainability Coordinator and as she explained, the film fest is one of her favorite Columbia events to attend whether she’s coordinating sustainability efforts or enjoying the atmosphere as a participant.

“There are several events in town, but there’s something about this weekend that transforms the downtown into this utopia of people that are from all over,” said Weisenfelder who also works for the City as a community relations specialist.  “It’s just a really fun crowd.”

With any large event comes the possibility of waste if not coordinated properly, True/False being no exception. Weisenfelder said the amount of waste that the large film fest crowd could produce may pose a challenge for T/F coordinators, but it also provides coordinators with a great opportunity to address a variety of sustainability issues.

“There’s a lot of opportunity there to address solid waste but we’re also looking at ways to focus on our impact from transportation,” Weisenfelder said. “And food waste is another big one that is addressed over that weekend. So there’s a lot of different aspects to sustainability and the fest.”

Weisenfelder explained that T/F volunteers and attendees alike also seem to share that same drive and passion toward environmentally focused causes. As part of the volunteer operation, Green Team members commit around 20 hours of their time to one of the following sustainable tasks:

When it comes to perks of becoming a Green Team volunteer, Weisenfelder elaborated that there are many rewarding aspects of joining the team. Volunteers are provided with snacks and drinks the day of, two t-shirts (T/F shirt and Green Team shirt), a free pass to Q for films during the fest, access to see films that played at T/F once they arrive at RagTag Cinema at a later date and access to a big volunteer party on Sunday, March 3. 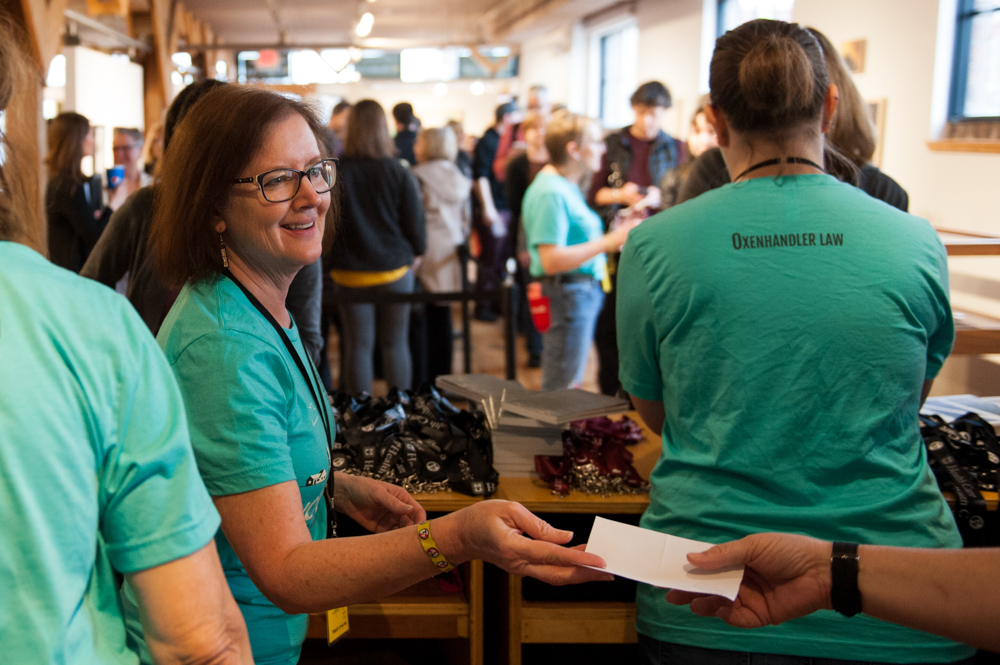 “I really like the Green Team shirts because it separates you out,” Weisenfelder said. “And it makes you more visible so that people are seeing our green efforts.  It also allows that volunteer to be a resource if someone has a question about diversion.”

Individuals who are interested in volunteering for the True/False can visit https://volunteer.truefalse.org/event-9/. After filling out an application, participants must attend an orientation session or on the spot training so they are prepared for their shift(s) Weisenfelder said.

“Orientation will be Saturday, February 16 from 1 p.m. to 4 p.m. in Jesse Auditorium,” Weisenfelder said. “There is a make-up orientation Thursday, February 28 at noon. Those who sign up will be contacted with additional info.”

Students, staff, faculty and community members who are interested in learning more can visit the T/F website at https://truefalse.org or contact the film fest’s coordinators at truefalsevolunteer@gmail.com.

“The Green Team has been very successful the past few years and it’s 100 percent because we’ve had really excited and enthusiastic volunteers,” Weisenfelder concluded. “If you’d like to be a part of that team, we’d love to have you.”