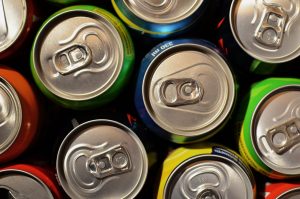 What do Girl Scouts, Royal Rangers and aluminum cans have in common? One passionate MU staff member who has gone on to raise funds for Mid-Missouri youth by recycling aluminum cans. MU groundskeeper, Herman Klippel started fundraising through recycling in 2017, when his granddaughter’s Girl Scouts troop in Ashland, Missouri, needed assistance with picking up and hauling soda cans from their local recycling center to companies such as Advantage Metals who pay for the aluminum.

“Herman is a very warm, outgoing person,” said Laura Redfield-Jacobs, a leader of the Ashland, Missouri, Girl Scouts troop who works with Klippel on the can-collection service project. “He helps the Girl Scouts by taking the overflow when no one else is able to, and he’s using the money to help the kids in his church with different projects. Cans are not the most glorious, glamorous thing to play with. But he’s willing to take the time to do that to help the youth.”

When Klippel’s daughter and granddaughter first approached him with the possibility of such a service project, he was in his 40th year of assisting with Royal Rangers and his seventh year of serving as a district staff member with the Rangers. As he discussed the scrap metal recycling idea with his family, he knew that collecting the cans could not only help his granddaughter’s Girl Scouts Troop on the days where they could not physically get out to empty the bins, but it could also greatly benefit Rangers who may be struggling to pay for their annual camp.

“We found out some of the kids that come to our church that want to go to camp have single moms or parents who cannot afford it because they’re on a very tight income,” Klippel said. “We figured this was the best way to do it. We considered it free money, and it was a way to give the boys a chance to go to these camps to see what it’s like.”

Royal Rangers is a faith-based organization for boys and young men in grades K-12 to serve others selflessly, as well as to build useful life skills and leadership experience. The Royal Rangers’ weeklong camp in Clarence, Missouri, helps the boys build on their outdoor skills, teambuilding abilities, friendships and their faith.

Redfield-Jacobs, a program manager with the MU Department of Medicine, has helped coordinate the Girl Scouts recycling bin that Klippel collects the cans from, for about eight years. Throughout that time, she said she has seen prices per pound change with the market fluctuations.

“It takes about 32 cans to make a pound,” Redfield-Jacobs said. “Aluminum may only be worth 38 cents per pound or it could be worth up to 58 cents a pound.”

Despite the small return per can, Redfield-Jacobs and Klippel both agree that the cans can still add up for their organizations.

“If you empty the bin, people will fill it,” Redfield-Jacobs said. “It’s an easy way for people to donate to Girl Scouts (or other not-for-profit organizations) because it’s cans they have to get rid of any ways.”

Whether the cans are benefiting Girl Scouts, Royal Rangers or even local band students fundraising for band trips, this service project has gone on to assist youth monetarily and educationally Redfield-Jacobs explained.

“I think this project is important to keep because as girls (in my troop) get older, it’s a lot easier to say no to a teenager selling cookies than a little kid selling cookies,” Redfield-Jacobs said. “I think it’s also good because it gives the girls the opportunity to learn about recycling.”

In addition to these valuable points, Klippel said the boys in Royal Rangers who receive funding from the cans have also gained an understanding of how hard work and a positive attitude can pay off. The Missouri native said that he has helped instill in past and current Rangers a message of earning what they are given.

“They’ve got to earn their deal to go to camp,” Klippel said. “We watch it through their class work, how they respect the leaders, the boys, and their attitude with the leaders and the boys. We watch it very closely.”

Klippel’s 11-year-old grandson, a fellow ranger himself, has even gotten into the action of helping collect cans for his group. Klippel expressed how proud he was of his grandson’s go-getter spirit and desire to support others as well. Both Klippel and his grandson work together to clean, sort, crush and sell the cans, which can take an average of three hours per load.

“Sometimes we have it for a month so you’re looking at 12 to 14 hours a month doing it,” Klippel said. “I put the cans in 55 gallon bags and tie them up until I get enough of them to take in and make a decent haul.”

Since beginning his journey in scrap metal recycling in November 2017, Klippel has gone on to raise over $2,648.20 by selling more than 6,064 pounds of aluminum cans. One hundred percent of the proceeds raised so far have sent Rangers to their yearly camp two summers in a row as well as provide a new derby track for the entire group.

“We went further on than we thought we were going to and we’re going to keep on doing it,” said Klippel after reflecting on how much money he has been able to raise.

While retirement is eventually on the horizon for Klippel, he joked that the only way he would slow down on collecting the cans is if his body wouldn’t allow him to anymore. Even then, Klippel expressed his desire for others to continue the cause so that the Rangers can have some sort of monetary assistance in necessary times.

“I never had this when I was a kid,” Klippel said. “I lived on a farm and I didn’t get to go to things like this. I wasn’t in 4-H. When I was in high school I was in the FFA. And I went to church, but not like this. It hits me. It’s nice to see how the boys react to Royal Rangers and how they ask you questions and everything else.”

“Recycling cans is kind of messy,” Redfield-Jacobs explained. “We’ve found all sorts of interesting things in our Girl Scouts recycling bin. I’ve had a gas tank, a hot tub cut into sections, jeans, computers, someone shaved their dog and put the shavings in with cans.”

Contamination occurs when people place non-recyclables, like the ones described by Redfield-Jacobs, into a recycling bin. When individuals also place food waste or messy items such as dirty diapers into a bin it can make it impossible for the bag to be taken to a material recovery facility or scrap metal recycling center. Redfield-Jacobs said to combat this issue of contamination she has tried to educate her southern Boone County community.

“I put an article in our local newspaper, The Boone County Journal, and when we did that we found that the amount of non-cans went down significantly,” Redfield-Jacobs said.

In addition to educating yourself on what is recyclable, spreading that awareness to others is key as we work together to tackle this issue. Furthermore, each city can has different rules on what is recyclable and what is not recyclable based on the equipment and buyers they work with. When it comes to understanding what is recyclable on campus and in the City of Columbia please visit our recycling resources on our website and also be sure to check your hometown City’s recycling pages when going back home for winter break.